In May, legal proceedings began in Germany to lift the ban on the Kurdistan Workers’ Party (PKK), which has been outlawed in the country since 1993. It is the third judicial process opened in Europe that could end the designation of the PKK as a terrorist organization. But what good are judicial tools to address a designation that was political to begin with?

Kurdish diaspora communities in Europe and their support for the PKK’s struggle for Kurdish rights and autonomy are making headlines, as Turkey has recently demanded that Sweden and Finland end alleged support for ‘terrorists’ to get Turkey’s green light for NATO accession. But the designation of the PKK as a terrorist organization is faltering. Lawyers in different countries are questioning it on legal grounds—and their cases are strong.

Three court cases are important to mention: one in Belgium, one at the European Court of Justice, and now the new one in Germany—which has Europe’s largest Kurdish community and its strictest prohibitions on Kurdish activism. The ban on the PKK has expanded over the years to criminalize actions as simple as holding a PKK flag or a picture of PKK founder and leader Abdullah Ocalan, and has led to raids on institutions like publishing houses and community centers.

The case in Germany, filed on May 10, is aimed at ending the ban on the PKK that was imposed in 1993. The organization was outlawed at the time because, according to the German Interior Ministry, it incited hostility between different population groups and posed a threat to Turkey’s territorial integrity. Two reports commissioned by the legal team show that these circumstances have long since changed.

For judicial reasons, these reports, authored by a criminologist and sociologist, have not yet been made public, said Mahmut Şakar, once a lawyer of Abdullah Öcalan and now functioning as an advisor to the German judicial team. He gave some insights into the reports.

The sociologist’s report explained the changes the PKK has gone through since it was designated in Germany, including its paradigm shift in the late 1990s. Notably, the PKK does not fight for a nation-state anymore, but instead seeks to implement democratic confederalism— a system of decentralized democracy that guarantees equal rights for women and for all ethnic and religious communities.

Overall, the reports show that the changes the PKK has gone through since it was banned render the German ban meaningless.

In March, the PKK’s Foreign Affairs Committee published a declaration stating that, now that the Angela Merkel era is over and a new coalition is governing Germany, a ‘new page’ must be opened in Germany’s approach to the Kurds.

The Committee emphasized that the Kurdish movement as a whole strives for brotherhood between peoples (the core of democratic confederalism) and that the PKK does not approve of anyone resorting to violence or outlawed practices in Europe. It expects the new German government to contribute towards turning over a ‘new page’—most importantly by lifting the ban.

As for next steps in the case, the German authorities must issue a written reaction to the application of the lawyers. A government spokesperson has already said that the PKK will remain listed. The written reply will then be used to advance the judicial process.

The European Court of Justice Case

In the meantime, the PKK started a new legal procedure. After the 2018 ruling, the EU continued to designate the PKK every six months based on the same arguments as it had used before—which were found insufficient in the 2018 case. The new case covered the listings in 2019 and 2020. These two cases have been merged by the court.

The PKK’s lawyers argue that, for an organization to be designated as a terrorist group, the terrorist nature of the organization has to be proven. One of the characteristics of terrorism is the intentional targeting of civilians in attacks—something the PKK has not been involved in for decades. Attacks on military targets are, the PKK argues, legitimate in an armed conflict. In most definitions of terrorism, ‘generating a general climate of fear in the population’ is an important component. Does the PKK engage in this kind of activity— for example, by perpetrating systematic brutality against entire ethnic and religious groups, like ISIS did? The PKK’s lawyers argue that it does not.

Another component of terrorism is the political objective to destabilize the state. The PKK indeed aims to fundamentally change the state. But that goal, lawyers in the case argue, cannot be detached from the characteristics of the particular state and the particular government that the PKK is fighting against. Turkey has been suppressing the political, cultural and social rights of Kurds for decades—thereby violating international law. The Universal Declaration of Human Rights states in its preamble that it is “essential for human rights to be protected by the rule of law to not compel man to have recourse, as a last resort, to rebellion against tyranny and oppression.”

A ruling is expected after this summer. The lawyers hope that the Court of Justice will rule that the Council of the European Union has to bring forward more convincing arguments for adding the PKK to the list of terrorist organizations every six months again. A lawyer involved in the case has also previously stated that the legislation that the Council of the EU uses, which was hastily introduced after 9/11, will eventually have to be evaluated on its legal merits.

The only court case that has seen a final ruling is the now-famous ‘Belgian case’, which was concluded in 2020. Belgian law states that a party involved in an armed conflict cannot at the same time be a terrorist organization: the two categories exclude each other. So, the PKK’s legal team argued that the war between the Turkish state and the PKK has all the characteristics of a so-called ‘non-international armed conflict’ (NIAC)—the two most important of which are the intensity and duration of the conflict and the organizational complexity and hierarchy of the non-state party.

The PKK won at every level, including Belgium’s highest court. Nevertheless, the Belgian state has refused to acknowledge the ruling, stating that the court’s decision was just “the expression of the judicial power, which is strictly independent, and should be understood as such by all actors.” Philippe Goffin, the Belgian Minister of Foreign Affairs and Defence at the time, added that “Belgium will therefore continue to defend the placement of the PKK on the European list of persons, groups and entities that are involved in terrorist acts.”

The reaction of the Belgian authorities points to the weakness of the judicial approach: the PKK was not listed or banned on judicial grounds or for security reasons, but for political reasons. Eventually, political change is needed— and that is exactly what the court cases mean to emphasize.

If the PKK were a terrorist organization, it would have to be eradicated. If it is a non-state party to a NIAC, the political roots of the problem have to be resolved. The outcomes of these court cases are an important tool to pressure European politicians to demand that Turkey return to the negotiating table, sit down with the PKK, and solve the Kurdish issue by fully acknowledging the social, political and cultural rights of the Kurds.

For now, politicians in Europe haven’t responded. Belgium outright ignores the ruling of its highest court. Yet with every case and every positive ruling for the PKK, the pressure is increasing—with positive implications for a necessary end to the war. 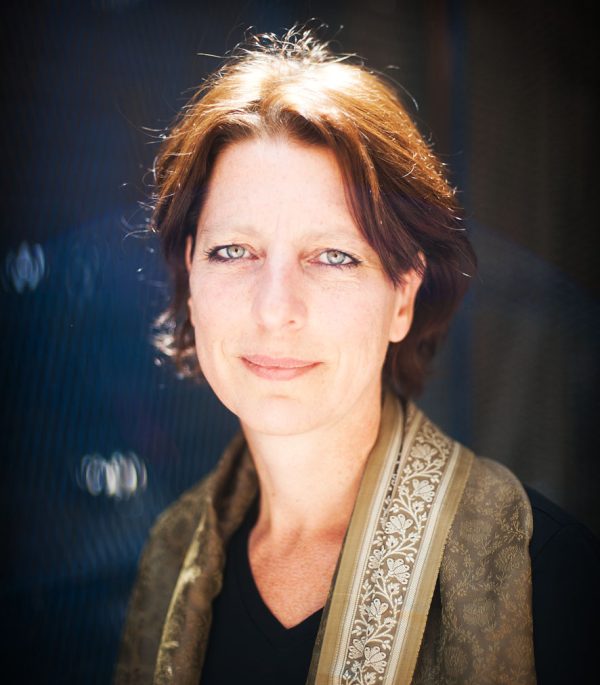 Fréderike Geerdink is a freelance journalist and writer from the Netherlands who has been covering Kurdistan for more than a decade. Between 2012 and 2015, she was the only foreign journalist based in Diyarbakir – until Turkey expelled …