The last several months in the Kurdistan Region of Iraq (KRI) have been marked by continuous Turkish ground operations and escalating Iranian drone and rocket attacks. These took place while both Turkey and Iran escalated against their Kurdish populations at home.

Since 2005, Iraq has been the only country in the Middle East to formally recognize the Kurdish nation and the Kurdish language. The KRI is the only legally recognized Kurdish autonomous government in the region. As a result, one might have imagined that the KRI and Iraq would be relatively safe for Kurds from other parts of Kurdistan.

However, given escalating Turkish and Iranian military action and transnational repression, including threats and targeted killings, it is evident that this is not the case. As a result, many observers have asked what the KRI can do to change this status quo and better protect its territory and people.

Focusing primarily on Iran’s role, this analysis concludes that even in a best-case scenario of total democratic political change in the KRI, the the realities of the international system put the power to prevent malign intervention by neighboring states largely out of local hands.

Iranian aggression targeting Kurdish populations across the Middle East has escalated in recent months. Since nationwide protests began after the killing of 22-year old Kurdish woman Jina Amini by the Iranian ‘morality police’ in September of last year, Iran’s Kurdish regions have seen some of the most sustained actions, including mass demonstrations and strikes.

In an attempt to drive divisions between Kurds and other Iranian groups and weaken the uprising, the Iranian state has targeted Kurdish opposition parties in an effort to brand Kurds as ‘separatists’ and violent instigators. In reality, all major Iranian Kurdish opposition parties support a democratic, federal Iran with equal cultural and political rights for minorities. None have been engaged in armed conflict with the Iranian government during the protests, and all have emphasized the civilian character of the uprising.

Nevertheless, the Islamic Republic is bringing the war to their doorstep. The first military attacks targeted the bases and political headquarters of several Iranian Kurdish opposition parties in Iraqi Kurdistan on September 28th, 2022. 13 people were killed and at least 50 more were injured. Most of the victims were civilians. The youngest was a baby named Wanyar, who survived just a few hours outside of his mother’s womb after she succumbed to her injuries. A picture of his injured father holding him in front of the cameras went viral as a

Many expected leaders in Baghdad and Erbil to take a stand against these brazen violations of sovereignty. Yet this has not been the case. Iran launched several subsequent rounds of strikes and has threatened to begin a ground invasion if Iraq does not shut down the activities of Kurdish opposition parties on its territory. What helps Iran here is not only the objective weakness of the two deeply troubled administrations in Erbil and Baghdad, but also the path dependency related to Iranian political meddling that the Kurdistan Democratic Party (KDP), Patriotic Union of Kurdistan (PUK), and the Shia political establishment in Baghdad share.

Iranian meddling in the Iraqi Kurdish struggle dates back decades. The leadership of the KDP resided in Iranian exile for years. They famously received military support from the Shah in their struggle against Saddam Hussein until 1975, when Iran and Iraq came to an agreement in Algiers. The Islamic Revolution did not end Tehran-Erbil ties. The PUK followed the KDP in using Iranian backing for strategic leverage in its struggle against the Iraqi regime and in intra-Kurdish disputes with the KDP. After the establishment of the Kurdish autonomous region in 1991, Iran maintained relationships with both Iraqi Kurdish parties while crushing local Kurdish opposition movements and sending them across the border into exile.

As a result, Iraqi Kurdistan has never been safe for Iranian Kurds. Since 1991, almost 300 Iranian Kurds have been assassinated there. One of the most prominent recent cases was the death of Ahmad Bigham. Bigham, originally from the Iranian Kurdish town of Sardasht, had spent time in prison for his activism in Iran and fought against ISIS in Syria. He was found dead at his home in Erbil on January 1st 2022 after repeated threats. No thorough and independent investigation was conducted. Two days later, leading KRI politicians gathered in Sulaymaniyah to mark the second anniversary of the killing of IRGC head Qasem Soleimani, exemplifying the influence Iran has in the region. Faced with growing regime pressure and few places to which they can easily flee, Iranian Kurds remain unsafe.

Iranian influence is even more prominent in the rest of federal Iraq. The Hashd-al Shaabi, the Iranian-backed umbrella organization of mostly Shia armed groups established to fight ISIS, wields disproportionate power and influence. Iran uses Iraq as a gateway to international markets, circumventing sanctions and flooding local trade with low quality products at prices with which local producers cannot compete.

At the political level, Iran has significant influence on Shia elites: for example, those aligned with the Dawa Party having a long tradition of direct collaboration with Tehran. Because of Iraq’s quota-based political system, the prime minister’s post is traditionally held by a Shia politician. As a result, the clerical system of the Islamic Republic of Iran has had significant indirect and direct influence on Iraqi politics. Expanding the revolution is an explicitly stated goal of the Islamic Republic, which views itself as the vanguard of political Islam.

Therefore, in the context of the current Iranian attacks, it is not surprising that the reactions of both Kurdish politicians in KRI and Iraqi politicians were limited to symbolic gestures. KRI president Masoud Barzani and his nephew Nechirvan Barzani, prime minister of the KRI, both issued condemnations, but no real policy responses were put into place. Newly-appointed Iraqi prime minister Mohammed Shia Al Sudani also denounced the attacks and chaired a National Security Council meeting on November 23, after which he announced that Iraqi border forces would be mobilized to guard the country’s sovereignty. When he was called to Tehran six days later, however, the same PM vowed to jointly fight “terror” with Iran. Sudani’s narrative is that Iraq should not be a playground for “other people’s wars.” This allows him to respond to growing Iraqi anger over Iranian influence while framing Kurdish people as the “other”. It seems that the breach of territorial sovereignty for all sides is acceptable as long as the attacks target Kurds.

Since the Islamic Revolution of 1979, it is more than evident that no political developments in Iraq have taken place without some degree of Iranian influence. Therefore, the debate on how KRI and Iraq should counter Iranian attacks must ask the question of whether they can do so.

Under current international legal frameworks, a recognized state must object to military attacks against its territory as a breach of its sovereignty. Iraq does not appear to see attacks on Kurds in this way. Instead, it views Iranian Kurds as intruders and Kurdish civilian casualties as collateral damage. When Turkey bombed a resort in Zakho in July 2022, the Iraqi government’s unusually strong response likely only happened because the victims were Arab, public anger was high, and the country was in the midst of a political crisis after elections in which foreign interference was a significant issue for voters. The nation-state centered system of international law does not protect populations whose own governments are unwilling or unable to protect them. There is neither the UN casus foederis nor the R2P for people that are legally or politically part of an entity represented in the UN.

The political establishments in Baghdad and Erbil do hold some responsibility here. They have facilitated and benefited from foreign interference, creating political-economic networks that profit from the strategic use of Turkey and Iran as hegemonic backers in domestic disputes. This has brought them billions of dollars and allowed a handful of elites to consolidate power.

However, even if Iraq and the Kurdistan Region were to see full democratization and an end to corruption, Iran and Turkey would retain both the capability to intervene and the securitized approaches to the ‘Kurdish question’ that drive intervention. Global powers like the United States would likely maintain their acquiescence to Iranian involvement in Iraq despite rhetorical opposition.

As Turkish and Iranian cross-border wars escalate, the KRI will continue to pay the price. The civilian death toll is mounting, infrastructure is being destroyed, thousands are forced to flee their homes, and the fight to defeat groups like ISIS and stabilize Iraq and Syria is in danger. International organizations like the United Nations must take a competent transnational approach to the war in Kurdistan.

As the governments of the states in which Kurds live do not consider their Kurdish populations as communities with a right to physical integrity, these states are more likely to use their sovereignty to frame “the Kurds on the other side” as a threat justifying military aggression than to use it to defend their Kurdish populations. As Turkey and Syria appear to move towards normalization, a similar scenario of nation-state cooperation in mutual exemption of sovereignty for the sake of addressing the Kurdish question militarily is highly likely.

The political and practical limitations facing the KRI and the Iraqi government, the positioning of Kurds as a threat to sovereignty rather than a people deserving of its protections, and the nature of international law today mean that Iranian Kurds have few avenues for protection no matter where they go, and that Kurds everywhere will continue to face the consequences of Iranian and Turkish unwillingness to address their Kurdish problems. 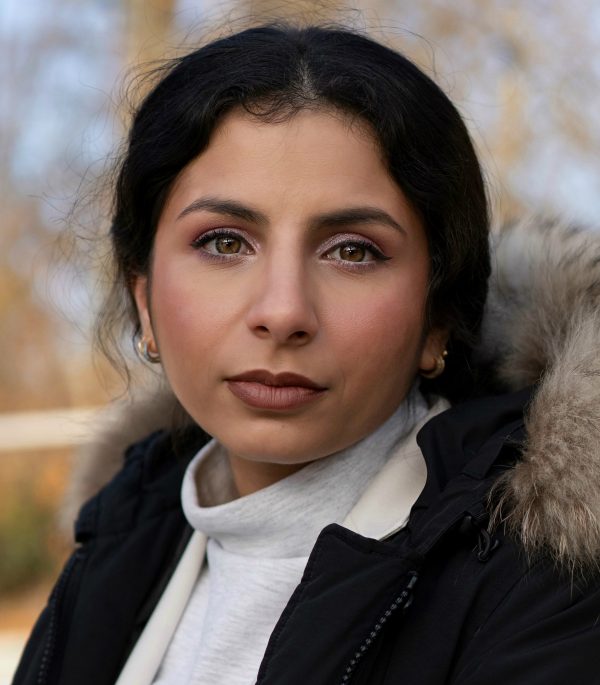