The recognition of the Armenian Genocide, the struggle for Kurdish rights, and the possibility for real democracy in Turkey are intimately and irremediably intertwined. An overview of the ‘memory work’ related to the Armenian genocide that has been carried out in the Kurdish public sphere in recent years shows how these three issues interact— and how they must be considered together in order to understand prospects for peace and democratization.

Before the 2000s, Kurds in Turkey were aware of the Armenian Genocide. This awareness predominantly took the form of fragmented memories. It was present across multiple cognitive registers: daily contact with traces of the past, family stories, and fragmentary knowledge contained in language, such as place names. Overall, it remained mostly vague, not very elaborate, and confined to the private sphere.

Over the last thirty years, however, Kurds have made greater efforts to deal with the past. As a result, these scattered and fragmentary memories of the Armenian genocide have become more conscious and specific. The transition from dispersed knowledge to the articulation of an explicit public discourse is the outcome of a wide array of initiatives. This process was unique and profound because it took place in a denialist nation-state (Turkey) among a subaltern group (Kurds) that has the particularity of also being, in part, the descendants of direct perpetrators of the genocide alongside the dominant group in power a century earlier.

In Kurdish regions of Turkey in the early 2000s, developments including relative de-escalation in the conflict between the Kurdish political movement and the Turkish state and the ideological reorientation of the Kurdish movement’s leadership led to the multifaceted implementation of what can be called memory work: a constellation of material, symbolic and moral undertakings that aim to come to terms with the historical injustices of a past whose effects continue to haunt the present.

The new historiography undertaken by the Kurdish movement has, by revaluing oral memory in general, favored the emergence of new discourses and the explicit articulation of fragments of recollection in Kurdish society to varying degrees. This led to the construction of a counter-memory in the Kurdish space. This counter-memory not only challenges the systematic denial of the Armenian Genocide, but also provides the elements of a comprehensive narrative about how the genocide occurred locally and about the attitudes of the multiple actors at the time—including the recognition that local Kurdish actors held responsibility as perpetrators alongside Turkish forces.

In this context, the Kurdish political movement initiated an important process of historiographic revision. Diverse actors and processes have interacted in the Kurdish space to achieve this result: elected municipalities, associations, and non-governmental organizations, as well as memory entrepreneurs in the world of literature, the arts, academia, and civil society. This is exceptional in a denialist country like Turkey, where state authority and the discourse of ‘national unity’ have been imposed on multiple communities through the use, and subsequent denial, of mass violence.

The Emergence of Genocide Recognition in the Kurdish Space

Diverse discourses, practices and concrete modalities of memory work carried out in the Kurdish public sphere over the last twenty to thirty years have played a significant role in this reawakening of memory. A form of memory mobilization has taken place in the Kurdish space, emanating from five types of actors: “individual promoters”; civil society institutions; municipalities and initiatives linked to the Kurdish movement; emerging identity claims from Islamized Armenians who are descended from genocide survivors; and the Kurdish literary field.

During this memory work process in Kurdish space, a Kurdish “implicated subjectivity” concerning the Armenian genocide has emerged. This has led to the affirmation of new discourses and new repertoires of action.

The diversity of initiatives that have resulted from this process illustrate different levels of deployment of this memory work on the road to recognition—from diffuse awareness to confrontation. For the actors involved in this process, the recognition of the genocide both as an undeniable historical fact that radically transformed the region and as a reprehensible act in which Kurdish actors participated (and from which some of them benefited) was conceived of as an indispensable step in the process of confrontation with the past and a prerequisite for reconciliation.

The practical undertakings that reflected the rehabilitation of the multicultural past of the region were numerous. They stimulated each other, articulated each other, and multiplied to produce a radically changed memorial landscape.

To give a few concrete examples, one can look to efforts undertaken by pro-Kurdish municipalities. These include the restoration and opening of the Surp Giragos Church in 2011 with the financial support of Diyarbakır Metropolitan Municipality and the Diyarbakır Armenian Churches Foundation; the Sur Municipality’s 2011 creation of the Monument of Common Conscience, which recognizes the massacres against Armenians and Assyrians; the changing of street names to commemorate Armenian and Assyrian figures (like Migirdiç Margosyan Street and Naum Faik Street); the opening of Armenian language classes; and the publication of Armenian storybooks.

In the field of recognition, the commemoration of the genocide every April and the public apologies for the participation of the Kurds in the massacres made by Kurdish MPs and mayors are representative examples. The letter sent to Agos by PKK leader Abdullah Öcalan, in which he describes the tragedy of 1915 as a genocide that the Turkish Republic cannot avoid confronting forever is also notable here.

Civil society organizations and individual promoters also spearheaded the publication of books and documentaries on the memory of genocide and Islamized Armenians. Some examples include Speaking to One Another, 2010; Sessizliğin Sesi (“Sound of Silence”), 2012; Yüzyıllık Ah (“Curse of a Hundred Years”), 2015; Onur Günay and Burcu Yıldız’s Garod, 2013; Yusuf Kenan Beysülen’s Gavur Mahallesi (“Infidel Neighbourhood”), 2014; and Altan Sancar’s Saklı Haç (“The Hidden Cross”), 2019.

Lastly, in 2015, thousands of people worked to commemorate the centenary of the genocide in Diyarbakir. This mass commemoration took place through extensive collaborative work between Armenians from around the world, Kurdish municipalities, and Kurdish civil society organizations. It can be seen as the culmination of the reawakening of memory over the two preceding decades in Kurdish regions.

The continuum of state violence, which forms a constitutive element of representations of Kurdish counter-memory, served as a framework in which 1915 was understood as the inaugural founding violence of the modern Turkish state. The Armenians joined the Kurds as “victims of the Turkish state” via the effects of multidirectional memory (Michael Rothberg), in which words spoken by different groups about the wrongs they have suffered produce resonances and provoke the recollection and recounting of other groups, with mutually amplifying effects.

The memory of 1915 and the state violence suffered by the Kurds throughout the twentieth century came to be united in a common victimo-mémorial regime (Johann Michel). The construction of a victimo-mémorial regime among the Kurds of Turkey has largely contributed to the emergence of a progressive recognition and (at least partial) confrontation with the region’s genocidal past, in connection with ideological shifts in the Kurdish movement.

State Repression and the Decline of ‘Memory Work’

Political shifts in Turkey concerning both the Kurdish question and the recognition of the Armenian Genocide can be divided into two periods: a period of democratic expansion from 2000 to 2015, and a period of democratic backsliding after 2015. The first period favored the emergence and propagation of memory work. The second brought about its rapid decline.

Several developments related to increased state repression and authoritarianism since 2015 have largely annihilated the efforts of the preceding fifteen years in the field of memory work in Kurdish society. These include the physical destruction of parts of many Kurdish cities—particularly Diyarbakir and its Sur district, which was a center for memory work and reconciliation efforts between Kurds and Armenians— due to the resumption of armed conflict in 2015; the systemic dismissal of elected pro-Kurdish mayors who engaged in these initiatives in their municipalities; and the incarceration or forced exile of many entrepreneurs of memory.

Denialist discourses have also re-emerged in dangerous ways. The Turkish paradigm of genocide denial has undergone a disturbing shift since 2015. Official discourse no longer categorically denies that any crime was committed. Instead, it reframes the atrocities of the past as a threat targeting the ‘enemies’ of the present: a move from “we did nothing” to “we will do it again if necessary.” These threats are used primarily against Kurds mobilized against the government, advocates of Armenian Genocide recognition, and other minorities who challenge nationalist narratives. In 2016, for example, special operations police forces suppressing local resistance in Kurdish cities left inscriptions on the walls such as “Armenian bastards, we are here!”

At the same time, Kurdish actors who are hostile to multicultural understandings of the region and who seek to deny Kurdish participation in the genocide have been emboldened. It is important to note that there were Kurdish voices hostile to this recognition process from the start. This hostility was, and remains, rooted in various perspectives. Some Kurds thought that through “repentance,” the Kurds were weakening themselves and wrongly implicating themselves in the “crimes of the master.” Others, supporters of a narrow nationalist perspective, did not want to hear about a Kurdish-Armenian past likely to taint the future homogeneity and territorial claims of classic Kurdish nationalism. A third group, Islamists, often repeated state narratives denouncing the Kurdish movement as a movement at the “service of Armenian and Western interests.”

The conditions for memory work in Turkey today remain stifled at best, and the applications of research findings on such a subject into policy recommendations is always challenging. However, action is still worthwhile in order to promote peace, justice, and democratization in Turkey and the wider region. In light of these realities and limitations, relevant actors should:

Adnan Celik is currently a postdoctoral fellow at the Institute for Advanced Studies in the Humanities (KWI) in Germany. He was a Visiting Scholar at the University of Cambridge, between July 2021 and March 2022, and part of a Turkish-Armenian Relations research project hosted by the Cambridge Interfaith Programme and funded by the Calouste Gulbenkian Foundation. The views expressed are the author’s own. 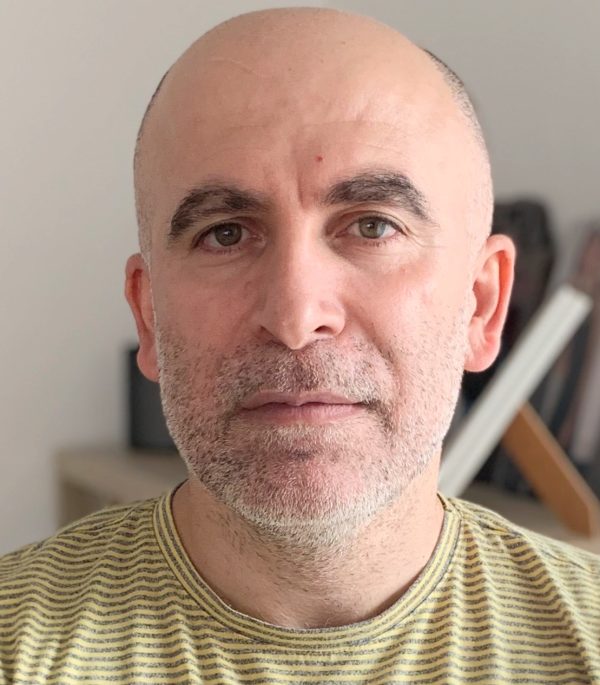 Adnan Celik is an anthropologist and historian with a PhD in social anthropology from EHESS in Paris. He is currently a postdoctoral fellow at the Institute for Advanced Studies in the Humanities (KWI) in Germany, and an associated member of …

‘Today, All Kurds and Iranians Demand One Thing:’ An Interview with a Kurdish Activist in Iran

By Kurdish Peace Institute on September 26, 2022

The Pro-Kurdish Political Movement in Turkey: Five Things to Know