The HDP (Peoples’ Democratic Party) has been a target of ongoing state repression since establishing itself as the primary representative of Kurdish interests in Turkey in 2015. The party has managed to mobilize Kurds, other ethnic and religious minorities, and other pro-democracy forces in the country behind a political platform demanding widespread democratization and a peaceful end to the armed conflict between the state and the Kurdistan Workers’ Party (PKK).

One element of the government’s strategy of repression is the elimination of the HDP’s democratically elected representation. This process began on May 16, 2016, when the Turkish parliament passed legislation to lift the parliamentary immunity of HDP MPs. Legal proceedings then started against many HDP officials, including party co-chairs Selahattin Demirtas and Figen Yuksekdag—both of whom have been in prison for nearly six years.

In September 2016, several mayors from the Peace and Democracy Party (BDP), the HDP’s sister party, were removed from office and replaced by government-appointed trustees. By March 2017, the government had taken over more than 80 Kurdish-led municipalities.

In the March 2019 local elections, the HDP managed to win back 65 municipalities, including many that it had lost to trustees in the previous term. In response, the government pursued the same strategy, seizing control of the vast majority of these municipalities. Many mayors elected in 2019 are currently in detention.

The most common legal pretexts behind this systematic anti-democratic policy are accusations of “membership in a terrorist organization” and “propagandizing for a terrorist organization.” Yet virtually all of the evidence presented against HDP officials accused of these and other anti-state offenses relates to speeches, statements, and other non-violent political activity.

Rights organizations and international legal bodies have found these prosecutions to be politically motivated and illegitimate.  Yet the Turkish government continues to escalate its use of these tactics. One notable ongoing case casts the HDP’s opposition to government policies towards Syria as support for terrorism in order to jail dozens of politicians for life—and, potentially, to force the party out of politics for good.

The Kobani Protests and the HDP

In October 2014, protests broke out across Kurdish regions of Turkey in response to perceived government inaction against ISIS. When the jihadist group besieged the Syrian Kurdish city of Kobani in the fall of that year, the HDP demanded that the Turkish government open a humanitarian corridor in the region.

When the government refused, the HDP called for demonstrations. These were quickly met with Islamist counter-protests and violence by security forces. The resulting unrest led to violent incidents in which 37 people lost their lives and 761 were injured, according to government figures.

In late 2014, the Ankara Chief Public Prosecutor’s Office launched an investigation into the HDP’s Central Executive Committee regarding the protests. During the subsequent months, many senior officials from the ruling Justice and Development Party (AKP) began to blame the HDP for the violence that occured. After HDP MPs lost their immunity in 2016, many of the terror offenses they faced were related to the 2014 demonstrations.

On December 30, 2020, a Turkish prosecutor’s office prepared an indictment against 108 senior HDP officials, accusing them of organizing the widespread protests and holding them exclusively responsible for the ensuing violence. This case quickly became known as the “Kobani case.”

The defendants in the case are accused of a staggering range of crimes, including violating the unity and integrity of the state, murder, attempted murder, looting, detention, property damage, and damage to public property. In total, each defendant faces 38 counts of aggravated life imprisonment.

Much of the evidence presented by the government to justify these charges relates not to actions, but to words. Social media posts about the siege of Kobani or hashtags used by the defendants have been presented as evidence of connections to the PKK, intention to incite people to commit a crime, and links between the HDP and the PKK. Amnesty International has said of the case that “what has been presented as evidence so far does not prove that they [the defendants] have incited violence nor committed any other offense.”

The trial began in Ankara on April 26, 2021. Since then, a constant stream of irregularities has been reported.

The defense argues that the government has repeatedly interfered with the case from the outset, and that this interference—not any objective evidence—has determined the court’s position. They argue that the case is political, and that it has become a means of revenge on the HDP for its electoral success.

The conduct of the trial supports this assertion. During the very first hearing, lawyers representing the defendants were prevented from entering the courtroom, and the defendants’ demand for recusation was overturned.

Throughout the past year, many hearings have taken place examining the witnesses’ and defendants’ oral and written statements, often via video link. The defendants and the defense lawyers are often arbitrarily prevented from giving statements in full. Judges sometimes close their microphones in the middle of their oral statements.

On April 9, 2022, the Ankara Public Prosecutor’s Office issued arrest warrants for 91 HDP members as part of the Kobani investigation. Forty-six people were detained in house raids in 13 cities on April 12, 2022, including the former secretary-general of Diyarbakir Metropolitan Municipality, Metin Rehber, and the HDP’s former treasurer, Zeki Celik.

The defendants’ lawyers have complained about the intensity of the hearings. They argue that the overwhelming pace of the trial is caused by government pressure on the court to finalize its verdict in the case as soon as possible, and that this undermines the defendants’ right to a legal defense. The hearings in the case have continued despite formal protests along these lines.

The prosecution’s case is reliant on testimony from ‘secret witnesses’— a common practice in politically motivated cases in Turkey that the European Court of Human Rights has found to be illegitimate. The identities of these witnesses cannot be verified or made known to the court, and they cannot be cross-examined by the defense. In one case, despite a secret witness expressing they did not know the names that they were presented with, the judges insisted that that witness identify the defendants.

In addition to these irregularities, some verdicts in other courts in Turkey also suggest that the case is a result of political pressure. Former HDP MP and mayor of Kars province Ayhan Bilgen was arrested in January 2017 in conjunction with the Kobani protests and released in September 2017. The Constitutional Court subsequently awarded him 20,000 Turkish lira in damages on the grounds that his arrest violated his right to liberty and security.

In one of the many cases against Selahattin Demirtas, the Court of Cassation has approved a lower court decision concerning demonstrations in the Igdir province. The court decided that a statement made by Demirtas about the Kobani protests did not constitute incitement of violence or an element of a crime.

Rulings like these may have important implications for the future of the case and for other legal matters related to it.

Implications for the HDP’s Closure

A verdict in the ‘Kobani trial’ is expected in the coming months. The government is likely to use a conviction in the case to argue that the legal conditions for closing down the HDP have been fulfilled, and that the party has become a ‘focal point’ for terrorist activities.

The indictment calling for the closure of the HDP was submitted to Turkey’s Constitutional Court in June 2021. It accuses the HDP of being ‘the focus of terrorist acts aimed at disrupting and eliminating the indivisible unity of the state’.

The HDP submitted its final defense to the court on April 19, 2022.  The court is examining the file. A two-thirds majority, or ten votes, is required for the Constitutional Court to close the party. Many observers believe that the closure is likely to immediately precede upcoming parliamentary elections in order to prevent the HDP from gaining any national representation. 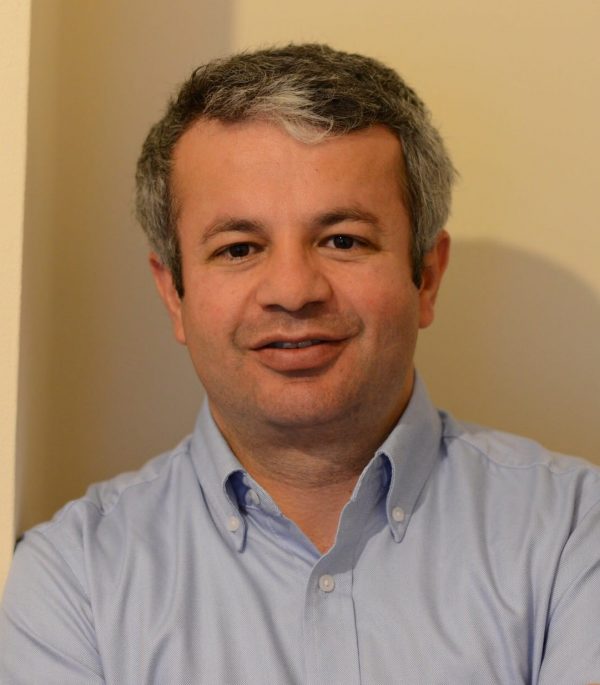 Dr. Cengiz Gunes has extensive research experience and is the author of several key publications on the rise of the Kurdish national movement in Turkey, the transformation of Kurdish politics in Turkey, Iraq and Syria, the impact of the rise …

‘Today, All Kurds and Iranians Demand One Thing:’ An Interview with a Kurdish Activist in Iran

By Kurdish Peace Institute on September 26, 2022