On the evening of November 7th, an explosion rocked the northeastern Syrian city of Qamishlo. Before security forces announced the nature of the blast, word began to spread that a drone strike had occurred. Residents were almost certain that their Turkish neighbor had targeted their city.

To them, this was nothing new. Turkish drones have targeted various areas of Rojava (West Kurdistan, or the Kurdish-majority areas of North and East Syria) on a regular basis since the end of Turkey’s last ground invasion in 2019. The strikes regularly target the fighters who brought ISIS to its knees and the local officials building up a stable government in the aftermath—and innocent civilians are often caught in the crossfire.

One day later, the Syrian Democratic Forces (SDF) announced the loss of fighter Mitan Shoresh in the strike. Shoresh was on leave from his military duties and was visiting his friends in Qamishlo. He was originally from the city of Serekaniye (Ras al-Ain), which Turkey invaded and occupied in 2019, displacing more than a quarter of a million people.

Exactly two months and 29 days before Shoresh was killed, a Turkish drone killed four people in Qamishlo, including two children: 14-year-old Ahmet Shibi and 16-year-old Aheng Shibi, whose father was also wounded in the attack.

Aheng was a goalkeeper for a local football team. He dreamed of one day playing in the big leagues, for a team like Barcelona or Real Madrid, before a Turkish drone cut his life short. His distraught father cried over not being able to attend the funeral of his young son, as he was in the hospital recovering from the 33 shrapnel wounds in his body.

Less than a week later, Turkey claimed responsibility for the attack. They claimed to have targeted a Kurdish official.

To this day, Turkish drones violate Syrian airspace almost daily. Residents of Qamisho and Kobane have grown accustomed to warnings that drones are overhead. The United States and Russia, guarantors of the 2019 ceasefires intended to keep the peace in the region, remain silent.

The U.S. silence continues despite the fact that officials working on counter-ISIS priorities essential to U.S. and Coalition missions are increasingly likely to be targeted. In July, Anti-Terror Units (YAT) commander Jiyan Tolhildan was killed in a Turkish strike along with two of her comrades. Tolhildan had led major operations against ISIS in coordination with the Global Coalition for years, and the YAT forces under her command are at the forefront of operations against ISIS cells.

On September 27, two officials of the Autonomous Administration of North and East Syria (AANES), Zeyneb Saroxan and Yilmaz Shero, were killed in a Turkish drone strike. Saroxan and Shero were administrators in the Office of Justice and Reform Affairs, which supervises ISIS detention centers. They were targeted while they were on a tour of those centers, according to a statement by the Autonomous Administration.

Ankara intensified its drone campaign after failing to obtain a green light to carry out a military operation against the SDF earlier this year. Turkish officials have threatened since the beginning of this year to invade new areas of North and East Syria.

The United States has opposed a new Turkish invasion on the grounds that it will harm Washington’s partnership with the SDF and its campaign against ISIS. Moscow has also rejected Turkish intervention and has tried to use the tensions to secure gains for the Syrian regime. Yet neither power opposes destabilizing Turkish drone strikes: the U.S. does not want to disturb its NATO ally, and Russia is happy to weaken the SDF and push them towards Assad.

Turkey is about to hold critical elections, and Turkish voters may think twice before casting their vote for the Justice and Development Party (AKP) and President Recep Tayyip Erdogan. Opinion polls do not seem to be in Erdogan’s favor, and Turkey’s opposition is making efforts to unify. Most Turks seem to agree that inflation and other economic problems are the most important issue at stake. To shore up support, the government has chosen to stoke nationalist sentiment by targeting Kurds domestically and in Iraq and Syria—a move the escalating drone campaign is likely part of.

Last week, Turkey doubled down on its violations, launching a barrage of airstrikes, drone strikes, and artillery strikes that have killed and wounded dozens of SDF fighters, Syrian government soldiers, and civilians across the region. Despite guarantor forces stepping up and condemning the Turkish onslaught, the attacks continue. Erdogan has vowed to move forward with a ground operation in the near future.

Amid the tensions, the local administration in Hasakah is working to expand their martyrs’ cemetery. The old cemetery, where those who laid down their lives in the fight against ISIS are buried, is nearly full. With no end to the drone strikes in sight and the world preoccupied with war in Ukraine as threats of a Turkish ground invasion mount, a new section is in the works. 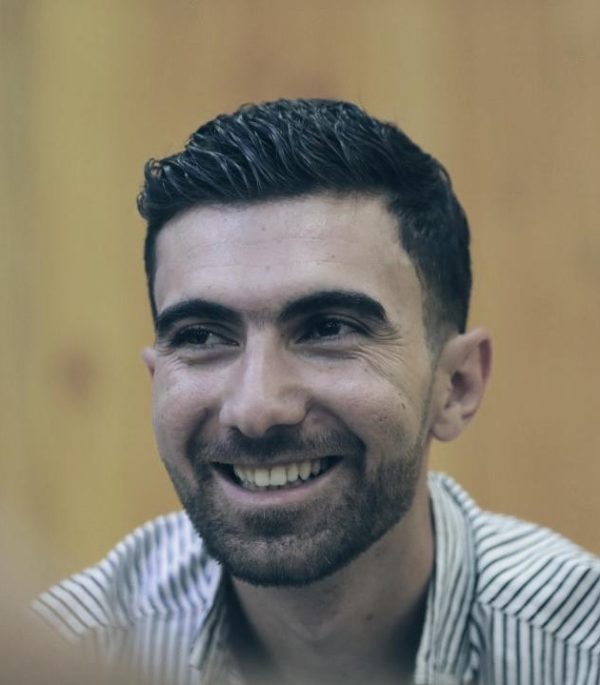 Hoshang Hasan is a Kurdish Syrian journalist based in Rojava, northern Syria. He covered the war against ISIS as a war correspondent for a local Kurdish channel and his work has appeared in many Kurdish and Arabic-language outlets. In 2019 he…