Turkish President Recep Tayyip Erdogan has recently threatened to carry out a third military operation against the Autonomous Administration of North and East Syria (AANES) and Syrian Democratic Forces (SDF).

Two previous attacks—one targeting Afrin in 2018, and one targeting Ras al-Ain and Tel Abyad in 2019—have destabilized the region, led to serious civilian harm and put the possibility of ending both Syria’s 10-year civil war and Turkey’s 40-year conflict with armed Kurdish groups even further out of reach.

A third would likely have even more serious impacts. Recently, Erdogan threatened to attack Manbij, a diverse city whose 2016 liberation was a key success for the SDF and the global counter-ISIS campaign, and Tel Rifaat, home to tens of thousands of IDPs forced out of Afrin in a 2018 Turkish assault.

To discuss the political and security developments in the region that led to this situation and explore avenues for de-escalation and sustainable peace, the Kurdish Peace Institute (KPI) convened a panel on June 1, 2022. The panel featured Hadeel Oueis of the Philos Project, Dr. Lisel Hintz of Johns Hopkins University’s School of Advanced International Studies, and independent Syria-based human rights activist Shiler Sido and was moderated by Meghan Bodette of KPI.

The following readout summarizes the panelists’ analysis and recommendations. You can also view the panel on YouTube at the link below.

The panelists provided background on key political, security, and humanitarian issues that form the backdrop for recent threats and are necessary to inform policy responses.

Since Turkey’s most recent military operation in Syria concluded in the fall of 2019, Oueis explained, northeastern Syria has been divided into regions controlled by the SDF and AANES and regions controlled by Turkey and the Turkish-backed Syrian National Army (SNA). AANES-controlled regions are considered to be more stable and functional than other parts of Syria.

Yet they still face serious challenges—many of which are related to Turkey’s role. Oueis identified the AANES’ lack of border crossings, Turkey’s control and weaponization of the region’s water resources, and regular Turkish drone strikes targeting AANES and SDF personnel as major issues threatening regional stability and prosperity.

Addressing the political dynamics driving Turkey’s interventionist policies in northern Syria, Hintz explained that Turkey’s Justice and Development Party (AKP) government views Kurds not only as a security threat, but as a political threat to Erdogan’s ability to consolidate his rule.

This perception dates back to the pro-Kurdish People’s Democratic Party (HDP)’s unprecedented electoral success in June 2015, which cost the AKP its majority in parliament for the first time. That loss led to the end of peace talks between the Turkish government and the armed Kurdistan Workers’ Party (PKK), drove the AKP to ally with the far-right Nationalist Action Party (MHP), and ushered in an era of domestic repression and cross-border military operations targeting Kurds.

Hintz explained that the 2019 intervention in Ras al-Ain and Tel Abyad came about after the AKP government had faced another electoral setback: the loss of the Istanbul mayoral election to the opposition Republican People’s Party, which won an upset victory in part thanks to Kurdish voters. She pointed out that vilification of Kurdish opposition as “terrorists” and military action against Syrian Kurds serve as strategies to divide a potential opposition coalition that could contribute to further AKP losses.

These realities have translated into serious risks for Syrians. Speaking from the Shahba region, adjacent to Tel Rifaat, Sido explained that Turkey’s idea of a “safe zone” has left people in northern Syria extremely unsafe.

Areas controlled by Turkey and Turkish-backed SNA groups are in a constant state of conflict and chaos. Particularly at risk are ethnic and religious minorities, like Kurds, Yezidis, Armenians, and Syriac-Assyrians, as well as women from all communities. Sido pointed out that major human rights organizations have documented serious rights violations targeting civilians in these regions, including torture, sexual violence, and arbitrary detention and disappearances. She also stressed that, working in documentation efforts on the ground, she has heard testimonies of these abuses herself.

Because of these conditions, Sido continued, hundreds of thousands of people have fled Turkish military operations. This is part of a strategy of forced demographic change, as Turkey has moved displaced people from other parts of Syria and the families of members of Turkish-backed armed groups into areas once populated by ethnic and religious minorities.

Why now? What next?

Hintz argued that Turkey’s latest round of threats represents several domestic and international developments. On the domestic political front, the AKP’s growing unpopularity—stemming from an ongoing economic crisis, frustration with poor governance, and other issues—threatens its ability to win upcoming elections in 2013.

Erdogan likely believes that a new operation against Kurdish targets in Syria would distract Turkish voters from these concerns. The nationalist “rally round the flag” effect of such an intervention would also serve to unite disparate groups of nationalists in Turkey and split the opposition by preventing opposition figures who seek to reach out to Kurdish constituencies from being able to do so effectively.

Internationally, Russia’s invasion of Ukraine has also created favorable conditions for further Turkish intervention in Syria. Hintz explained that Turkey’s use of the crisis to position itself as a mediator and gain international stature has made it more difficult for governments to object to a new operation in Syria. Turkey’s objection to Sweden and Finland’s NATO membership, in part over those countries’ diplomatic engagement with Syrian Kurds, has also highlighted these dynamics.

Sido warned that, if the invasion does take place and Turkey is able to occupy a 30-kilometer zone along the border in line with its stated goals, this could displace hundreds of thousands of Syrians and harm efforts to build peace in the country.

Recommendations to the Biden Administration

Panelists agreed that the Biden Administration’s public opposition to Turkey’s threats was a positive step, and offered several suggestions for further engagement.

While noting positive moves like the recent sanctions relief for the northeast, Oueis argued that the Biden Administration, like the Trump Administration, does not have a clear Syria strategy. She pointed out that economic measures will have little impact if the region is too unstable and its future too uncertain to attract economic activity.

To rectify this, she called for greater political engagement with the Autonomous Administration of North and East Syria, including political recognition. She argued that such recognition may help deter future Turkish threats.

Hintz argued that the U.S. must go beyond statements of deep concern in regards to Turkey. She recommended that policymakers read a recent New York Times article by Dr. Cihan Tugal, “Turkey Shows What NATO Really Is,” to better understand the ways that Turkey has taken advantage of U.S. and NATO military support in order to carry out its military campaigns against Kurdish populations.

Addressing Turkey’s threats to send up to one million Syrians into territory taken from the AANES and SDF, Hintz also called for the United States to take in more asylum seekers. She argued that this would not only be a major humanitarian step, but could also alleviate the challenges Turkey has faced in hosting millions of displaced Syrians and take away the Turkish government’s ability to exploit this vulnerable population for political ends.

Sido argued that the United States could act as a mediator between Turkey and Kurdish groups in order to promote a peaceful solution and prevent further conflict in northern Syria. She pointed out that the United States is aware of Turkey’s actions and intentions in the region, and that policymakers should use that awareness and U.S. status as a major ally of Turkey to bring the Turkish government back to the negotiating table.

Failing that, she continued,  international peacekeepers could be placed on the Syrian-Turkish border in order to prevent further conflict. In either scenario, Sido stressed, peace and stability for Syrians after ten years of war should be the highest priority. 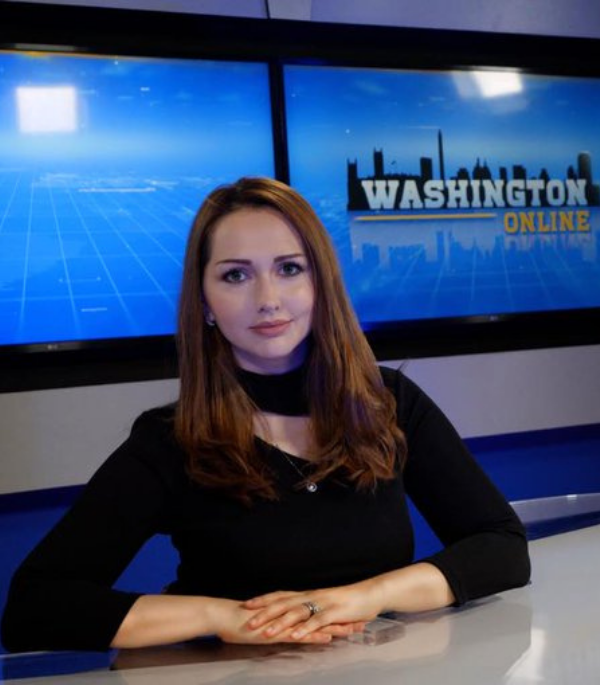 Hadeel Oueis is a senior research fellow at the Philos Project with a focus on Syria. At the age of 19, Hadeel was arrested by the Assad regime for playing a key role in the early days of the Syrian protests. In 2012, she relocated to the Uni… 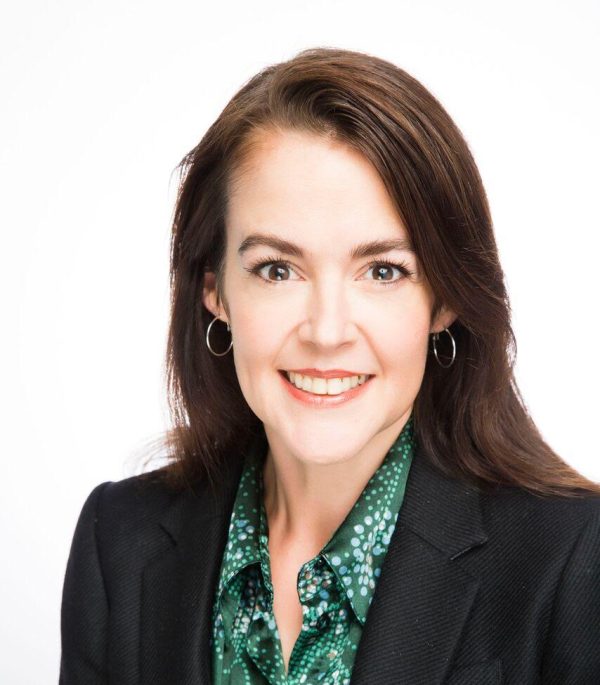 Dr. Lisel Hintz is Assistant Professor of International Relations at Johns Hopkins University’s School of Advanced International Studies. After receiving her Ph.D. in Political Science from George Washington University she was a postdoctoral … 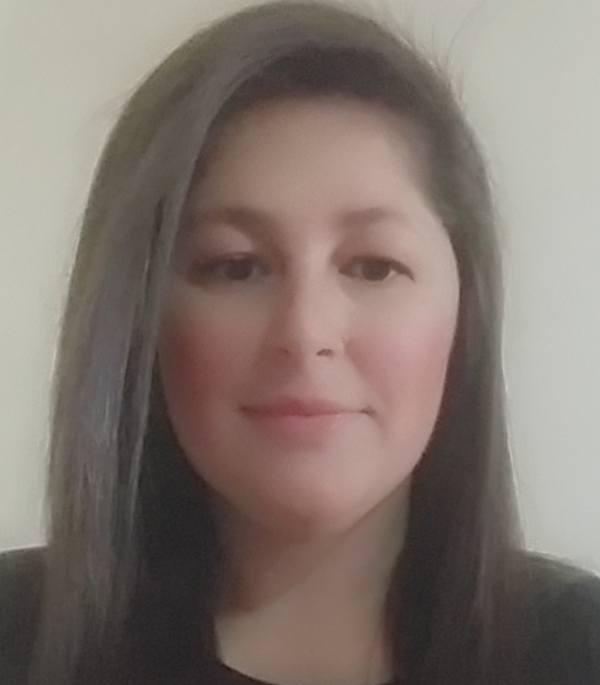 Shiler Sido is a human rights activist based in Shahba, northwestern Syria. A graduate of Syria’s Aleppo University, she has extensive experience working as a teacher and as a translator. She also previously worked with the Kurdish Red Cresce…

Meghan Bodette is the Director of Research at the Kurdish Peace Institute. She received a Bachelor of Science in Foreign Service from Georgetown University, where she concentrated in international law, institutions, and ethics. She has briefe…