Itamar Ben-Gvir has “already won” Israel’s elections, Israeli journalist Anshel Pfeffer declared. During last week’s vote, Ben-Gvir’s Jewish Power became the third-largest party in the Israeli parliament. The election was a major step towards normalizing the far-right Kahanist movement, previously considered a toxic brand for its association with nationalist violence in the 1990s, including the assassination of a left-wing Israeli prime minister and a mass shooting at a Muslim shrine.

Nationalist militancy runs in the family. Ben-Gvir’s mother Shoshana, an Iraqi Kurdish immigrant during the British colonial era, participated in a right-wing Jewish militia called the Irgun and served time in British prison.

Ben-Gvir has made himself a personal enemy of another family with Kurdish roots, Mohammed and Mona El Kurd. The Palestinian siblings are the international face of Sheikh Jarrah, a suburb of Jerusalem where Israeli nationalist organizations are trying to drive out the Palestinian residents. Ben-Gvir has shown up to the neighborhood in person to provoke the locals. At a protest last month, he pulled a gun and yelled “we’re the landlords here.”

Neither Ben-Gvir nor the Kurd siblings identify as Kurds. Despite their common cultural roots, the modern nation-state has put them on opposite sides of a nasty sectarian conflict.

It is a testament to how malleable identity really is, and to how ethnic nationalist politics have flattened the diversity of a multicultural region, forcing its inhabitants to pick sides. Yet other political trends have also allowed some residents of the Levant — such as Jordanian Kurds — to explore their Kurdish background.

The recorded history of Kurds in the Holy Land begins with the Ayyubid dynasty. Saladin Eyubi, a Kurdish prince from Tikrit, led Muslim armies against the Crusaders in the 12th century. He came to rule over the eastern Mediterranean. Today, Arabic websites and books proudly list the modern “Ayyubid families” of Palestine.

More Kurds came as imperial officers, religious scholars, and merchants under Ottoman rule. The Kurd family arrived in Sheikh Jarrah as refugees from Jaffa, where retired Kurdish soldiers had settled down during the 19th century. Across the present-day border with Jordan, the city of Salt was well known for its Ottoman Kurdish elites. One of the main neighborhoods in the old town is called Wadi al-Akrad, “the valley of Kurds.” An Ottoman military cemetery overlooks it.

Ghassan Kanafani, intellectual leader of the left-wing Popular Front for the Liberation of Palestine, came from a family in Acre with well-known Kurdish roots. In a twist of historic fate, Popular Front militants ended up fighting alongside the Kurdistan Workers’ Party in the Lebanese civil war. Kanafani did not live to see this cooperation, as he was assassinated by Israeli intelligence in 1972.

Most Kurds in the Levant were Muslim. Jewish Kurds also came to the region, including a community of Kurdish rabbis living in Safed in the 16th century.

Migration went both ways. When the Sultan Abdulhamid became suspicious of Jerusalem politician Yusuf Khalidi in the 1880s, Khalidi was sent off to serve as kaymakam of Bitlis, near Lake Van. (His great-great-great nephew, Columbia University professor Rashid Khalidi, describes the stint as “internal exile.”) Based on his time in the Kurdish town, Khalidi wrote the first known Kurdish-Arabic dictionary.

The late Ottoman period and early British Mandate brought a different wave of Kurdish immigration. The Zionist movement sought to settle Jews from around the world in the southern Levant in order to transform it into a Jewish homeland. In 1948, a civil war allowed Zionists to declare the new State of Israel—and forced 700,000 Palestinians to flee.

Some Jewish Kurds came as supporters of the Zionist movement. Moshe Barzani, a Kurdish militant in the far-right Lehi organization, became one of Israel’s first martyrs by blowing himself up in a British military prison in 1947.

Others fled sectarian violence in Kurdistan. Iraqi Jews were increasingly left out of the Arab nationalist identity, and were targeted in a brutal pro-Nazi riot in 1941. In the aftermath of the 1948 war, the Iraqi government treated its Jewish citizens with outright hostility, menacing them and stripping them of rights. Most Jews were evacuated from Iraq to Israel over the following three years.

A major current in Zionist ideology is shelihat ha-galut, “negation of the diaspora.” Zionists saw Jewish minority communities as a site of decadence, weakness, and injustice. Jewish immigrants — especially ones from “backward” countries — were expected to drop old traditions as part of their transformation into Israelis.

However, there has been a revival of Middle Eastern Jewish identity in recent years. It has been officially encouraged as part of Israel’s outreach to the Arab world, and as a response to the accusation that Israel is a European colonial outpost in the region. Similarly, Israeli outreach to Iraqi Kurds has encouraged many Israelis to emphasize their Kurdish roots and even consider visiting Kurdistan.

Ben-Gvir sometimes refers to his mother’s childhood in the “Kurdish neighborhood of Jerusalem,” although it’s unclear whether he identifies with Kurds any more strongly than that.

Mohammed El Kurd has publicly demurred on the question of his Kurdish heritage: “Stop asking if I’m Kurdish. I’m very clearly from Scandinavia.”

The sarcasm reveals much about his anxieties. Israeli nationalists have often tried to portray Palestinians as recent immigrants in order to undermine their claim to the land, giving El Kurd every reason to downplay connections to faraway places.

Like their Palestinian and Israeli counterparts, most Jordanian Kurds are highly assimilated and no longer speak Kurdish. However, there is much interest in a Kurdish cultural revival. A 2010 study polled Jordanian Kurds and found that three quarters would study the Kurdish language if they had the option.

Jordanian Kurds faced pressure in the 1950s due to rising Arab nationalism, but enjoy a cultural renaissance today, Jordanian Kurdish historian Muhammad Sweirki told Raseef22 this summer. Newroz is celebrated in parts of Jordan, and Sweirki named his own children Kamran and Azad.

The Facebook page of the Jordanian Kurdish Cultural Society celebrates the achievements of Jordanian Kurds and shares news from different parts of Kurdistan. Another Kurdish organization called the Salaheldin Ayyubi Society hosts intellectual and charitable activities. 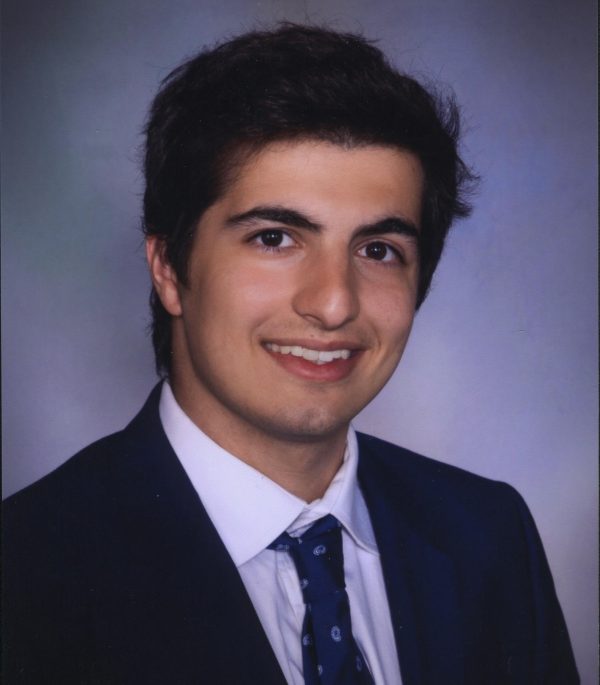 Matthew Petti is a 2022-2023 Fulbright fellow researching translation and disinformation in Middle Eastern media, and a nonresident fellow at the Kurdish Peace Institute. His reporting on international affairs has appeared in The Intercept, M…

Can Border Walls Divide Kurds in the Age of the Metaverse?

Germany and Turkey: A Fatal Friendship