A new wave of protests has begun in Iran after the brutal murder of Jina (Mahsa) Amini, a 22-year-old Kurdish woman, by state security forces.

Amini was visiting Tehran with her family when she was stopped by ‘morality police’ for wearing ‘improper’ hijab—a criminal offense in Iran. She was detained, taken to a state-run Islamic ‘re-education’ center, and ultimately hospitalized because of head injuries sustained from beatings in police custody. She went into a coma and was pronounced dead hours later.

The next day, thousands gathered for Amini’s funeral in the Kurdish city of Saqqez, her hometown. Her tombstone read: “Dearest Jina, you never die! Your name becomes a symbol!”

The funeral sparked one of the most significant popular uprisings in Iran’s recent history. Women and men in many cities across Rojhelat (East Kurdistan) and Iran have taken to the streets to make Jina Amini’s name the symbol of an emerging popular resistance to decades of dictatorship and suppression by Islamic clerics in Iran. The Kurdish slogan “jin, jiyan, azadi,” meaning “woman, life, freedom,” ties this popular movement together.

By targeting the foundations of the Islamic Republic’s rule—the oppression of Kurds and the oppression of women—protestors have challenged the state to a greater degree than previous protests movements have. In doing so, they have shown a possible path forward for resistance to other repressive regimes in the region.

How Gender and Ethnic Oppression Built the Islamic Republic

Jina Amini embodied the two primary groups of people upon whose oppression the current regime in Iran built its power: women and Kurds. In the aftermath of the Iranian Revolution, the Islamic Republic cemented the foundations of its rule and quashed progressive forces in the country by controlling women’s bodies and suppressing the Kurdish insurgency.

One of the first fatwas that Ayatollah Khomeini issued after taking power in 1979 concerned mandatory religious dress codes for women. Feminists and leftists fiercely resisted this decision. On March 8, 1979, thousands took the streets in Tehran in opposition to the forced hijab law, but soon, the resistance was brutally suppressed. Asserting  control over women’s bodies and lives –from their sexuality to all individual freedoms– marked the beginning of the Islamic regime’s effort to deprive all people in Iran of basic rights.

Iran’s repressive state was redesigned and reconstructed around the new regime’s many rulings against women. The Iranian regime saw women as subjects of re-education and indoctrination. It used a variety coercive means to construct its ideal “Muslim Woman:” a mother and wife obedient and subservient to men and the state. The Islamic Republic’s constitution reduced a woman to half of a man in all aspects of individual, familial, and social life, forming the basis of a gender apartheid system. The establishment of the Morality Police (Gasht-e Ershad), an institution whose record of human rights abuses was already infamous long before Amini’s murder was another outcome of this process.

While the Islamic regime cracked down on leftist and progressive elements of the Iranian revolution, Kurds continued to fight, demanding autonomy for Kurdistan and democracy for Iran. They did not abide by the rulings of the newly established Islamic regime. A military campaign against the Kurdish insurgency started months after the revolution.

East Kurdistan became a site of ongoing oppression. Security forces, such as members of the notorious Iranian Islamic Revolutionary Guard Corps (IRGC), tested tactics they would later use against political opponents in Iran and abroad against the Kurdish people. Kurdish cities and villages were turned into military zones.

Every act of resistance was brutally suppressed. Kurdish activists, teachers, writers, and journalists were arrested and subjected to torture, as the case of Zainab Jalalian, the longest-serving woman prisoner in the history of Iran, exemplifies. Many were executed, like the Kurdish teacher and poet Farzad Kamangar.

Securitization dominated social and cultural life,  assimilation politics against Kurdish language and culture continued, and a policy of de-development deprived Kurdistan of economic opportunities and pushed tens of thousands of youth to kolbari (the transport of goods across borders in the borderlands of Iran, Iraq and Turkey, for little pay and under harsh and violent conditions).

Jina Amini lived and died as a Kurdish woman in a state whose power is based on the dehumanization of woman and the criminalization of non-assimilated Kurds as terrorists, separatists, and infidels. Her death has brought the people of Iran together across ethnic, class, gender, social and political lines in defense of the most oppressed segments of society.

Kurdish and Iranian women protesters rightfully assert that Jina could have been any of them. The protests may mark the formation of a new collective identity for the resistance to the Iranian regime. This emerging identity could transcend the many differences and boundaries among the Iranian people and change the nature of opposition to the current system.

This is significant in and of itself. Outside of Iran, a reactionary current seeking to bring Reza Pahlavi, the son of the last Shah of Iran, back to power has dominated debates about the future of Iran in the event of the fall of the Islamic Republic. Some powerful opposition media organizations sponsored by monarchists have attempted to convince people that this view is commonly held in the country.

Today, however, the feminist uprising on the ground challenges reactionary parties and organizations among the Kurdish and Iranian opposition that have sidelined feminism from their politics as much as it challenges the regime. Feminist demands are seen as having real power to challenge the regime and unite diverse constituencies—a perception with implications for future opposition efforts.

“Jin, jiyan, azadi,” the slogan representing the nascent women’s revolution in Rojhelat and Iran, has a history of its own. It was developed by the Kurdish women’s movement in Bakur (North Kurdistan) and Turkey and is inspired by the philosophy of Abdullah Ocalan, the imprisoned founder and leader of the Kurdistan Workers’ Party (PKK).

In a 2013 letter, Ocalan calls “jin, jiyan, azadi” the “magic formula” for women’s revolution in the Middle East. He called on women in the Kurdish movement to spread this formula across the region. In the fourth volume of his defenses, The Crisis of Civilization in the Middle East and Democratic Civilization as the Answer, Ocalan emphasizes the power of jin and jiyan in pursuing a “great life” and creating a utopian society. (Note: etymologically, jin ژن, which means woman in Kurdish, is the root of many words– including jîn ژین or jiyan ژیان , meaning ‘life,’ jiyanewe ژیانەوە, meaning ‘revival,’ and jina ژینا itself, which could mean both ‘lively’ and ‘giver of life’).

Ocalan sees free women as the protagonists in the effort to imagine and create a Middle East based on radical democracy, freedom, and egalitarianism. “Jin, jiyan, azadi” has become the leading motto for the Kurdish women and their allies who are advancing this vision in practice.

In northeastern Syria, women proved that this “magic formula” has practical value. The all-female Women’s Defense Units (YPJ) played a central role in the defeat of ISIS. The region’s political system has made significant advances in women’s status and political power despite facing serious threats.

Now, this slogan has brought the people of Rojhelat and Iran together in a spontaneous women-led movement that has already posed a greater challenge to the Iranian state than previous protest movements have. This development gives new relevance to the Kurdish women’s movement and additional credence to their claim that their theories are universally applicable.

A Model for the Region

Like the 2020 protests against police brutality and racism in the United States, these demonstrations show how a single instance of state violence can be a breaking point for a society with diverse grievances around a variety of systemic issues. The people of Iran, particularly women, Kurds, and other oppressed minorities, have been unable to breathe for over four decades.

But today, protests based on solidarity, freedom, and justice for all promise a new future for a country that has suffered enough under strict Islamist rule. The current protest movement is remarkable show of popular power through a struggle that is multi-layered but distinctly feminist.

The change that people in Iran seek may not happen in the coming days and weeks. The repressive machinery of the regime is hard at work to suppress this uprising. Dozens of people have been killed, hundreds more have been injured, and mass arrest campaigns have targeted cities where protests have taken place. All of this is going on under a near-total internet blackout, meaning that the true scope of the crackdown is unknown to the outside world.

Nonetheless, the women of Kurdistan and Iran continue to stand against the regime: chanting, cutting their hair, burning their compulsory headscarves, dancing, and resisting police and security forces shoulder to shoulder with men from all walks of life. The end of a theocratic regime of gender apartheid that established itself on the suppression of women, Kurds, and all the people of Iran is closer than it was before.

Feminist resistance in Kurdistan and Iran has the potential to change the course of political developments in a region that has long been suffering from dictatorship, authoritarianism, oppression, patriarchy, sectarianism, war and interventionism, mass displacement, and other ills. Iran is far from the only state to use the oppression of women as a tool to hold on to political power. Protests there may inspire those resisting authoritarian rule in other regional contexts to center feminist demands in an effort to more effectively target all other types of oppression. 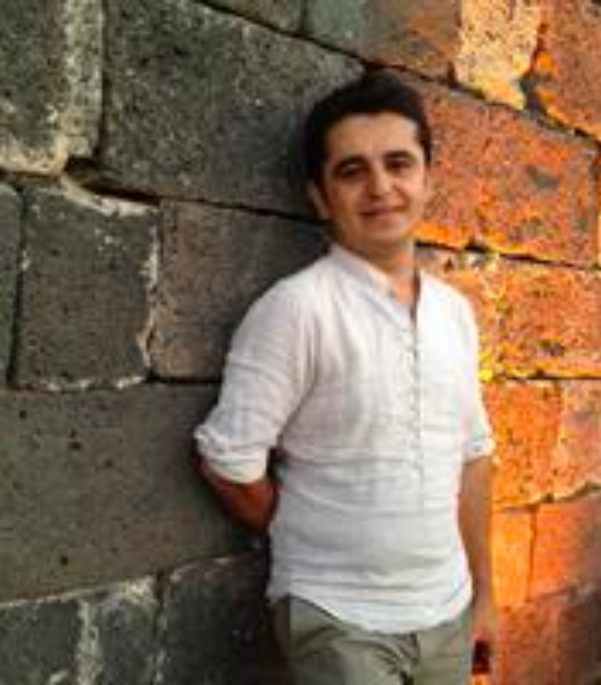 Sardar Saadi is the Director of the Institute of Social Sciences at the University of Rojava and an SSHRC postdoctoral fellow at Wageningen University.