In June 2020, former Secretary-General of the League of Arab States Amr Moussa stated that Turkey “is more dangerous to the Arab world than Iran due to its strategic capabilities.” Perhaps Mr. Mousa was fearful that Turkey would utilize its historical animosity with Iran and its regional [pre-2015] “zero-problem” doctrine toward expansionist ends.

Mr. Mousa may be correct. The Arab Spring has proven to be a gift to Turkey. Turkey has used the Syrian uprising in particular to expand its regional influence in multiple ways. It has supported extremists, including the Muslim Brotherhood-linked Syrian National Council (SNC) and affiliated armed groups in Syria’s northwest and al-Qaeda and ISIS remnants like Hayat Tahrir al-Sham in Idlib. It has also directly occupied parts of the country, carrying out a strategy of forced demographic change and committing human rights violations that have been denounced by the United Nations.

Gulf countries initially supported the fall of the Assad regime, hoping that this would weaken Iran. Their interests aligned with those of Turkey, which saw a weakened Iran as beneficial for its own interests and Syria’s Islamist rebels as a useful proxy to counter Kurdish aspirations. The first major Syrian opposition umbrella group, the SNC, was a Turkish-Qatari creation that included affiliates and sympathiers of the Muslim Brotherhood. This cemented Turkish-Qatari ambitions for a new Syria more closely aligned with their interests, including energy routes for Qatari gas.

More than ten years later, however, this strategy has not paid off for Arab states. Qatar’s cash and Turkey’s military and logistical support for opposition armed groups benefited extremists and enabled the occupation of Syrian territory. The Syrian war has strengthened, not weakened, Iran’s position in the region.

It has also given rise to a power with even wider regional ambitions: Turkey.  President Recep Tayyip Erdogan has sought a larger political and religious role for his country in the Middle East and North Africa, pursuing expansionist policies in Syria and Iraq that some have described as “neo-Ottoman.”

Arab states have already changed their approach to the region to balance this influence. So far, these approaches have involved engagement with Syria’s central government. In 2018, the UAE reopened its embassy in Damascus. More recently, the country’s Foreign Minister called on states to lift sanctions on Syria and for Syria to be readmitted to the Arab League.

Yet the same developments also provide an opportunity for new and mutually beneficial relationships between Arab states and another key regional actor: the Autonomous Administration of North and East Syria (AANES).

Arabs and Kurds alike share concerns about the possibility of a militaristic and authoritarian Turkey on their borders. The geographic location and political system of the AANES, if institutionalized in a political settlement to the Syrian conflict, can counter both Erdogan’s ‘neo-Ottoman’ ambitions and Iranian influence. By supporting an autonomous North and East Syria, the Gulf Cooperation Council (GCC) and Arab League can protect Syria’s country’s unity and territorial integrity from foreign powers.

The AANES’ political project will also help build unity between different religious and ethnic communities, essential for countering extremism across the region. An AANES official stressed recently that “terror, Jabhat al Nusrah, all the Islamist extremists are enemies of the SDF, YPJ, and YPG, as are they to the Arab world and the US. I can see no obstacles ahead in working together.”

They also share an interest in the resolution of the Syrian conflict—which Turkey has consistently impeded. Every effort to resolve the issue in which Turkey is involved, including both the Russian-oriented Astana process and the Western-oriented Geneva process, has failed to achieve real results on the ground.

By contrast, the GCC countries have already been encouraged by the Biden administration to take on a larger role in rebuilding Syria and helping restore peace and stability to the war-torn country— a task that will require billions in international aid as well as political engagement. At the same time, Kurdish and Arab officials of the AANES have begun to establish political and diplomatic contacts with Arab countries and stressed the importance of a “Kurdish-Arab alliance” for a political solution in Syria and peace in the wider Middle East.

Cooperation between the AANES and Arab states can also help ensure that such a political solution does not simply involve a return to the pre-2011 status quo. Removing Assad is not the policy of Arab states, the United States, or Europe. Nor is it the policy of the AANES.  However, normalizing relations with the Assad regime without compromise or decentralization of power in Syria will be a drastic mistake. The regime’s hostilities and crimes against its people have made it unable to rebuild trust.

As such, any renewed support for the Syrian state from the GCC and Arab League is likely to be conditional. By working with the AANES and the SDF, as well as civil society organizations, these states can help create an alternative to dictatorship in Syria. AANES officials have called on the GCC and the Arab League—especially Saudi Arabia, the UAE, and Egypt—to help them negotiate with other Syrian factions, including the Syrian government. This is an opportunity that can benefit all sides, and should be taken advantage of by all parties.

Cooperation along these lines can help with more immediate security concerns in the short term as well. There are still 60,000 ISIS families in the Al-Hawl camp, representing 58 countries. Arab states can help resolve this issue by supporting a unified policy response. With the US relaxing sanctions on North and East Syria, these states can offer much needed investment to drive the economic recovery needed to help the region recover from ISIS and stop the terror group’s ability to recruit.

To make this a reality, the AANES should strengthen its relationships with Arab countries. These ties exist, but they are still in their early stages. Meetings between AANES officials and Arab League member states, as well as unofficial meetings with Saudi Arabia and other GCC countries, have not resulted in practical policy changes so far.

GCC countries should also abandon their support for jihadist groups— a policy that has always backfired and destabilized the region. The new leadership of the GCC countries may well understand that their oil-rich countries must address the demands of their youth, diversify their economies, and push for more democratic policies. This should go hand in hand with a more open and democratic approach to the other peoples of the Middle East–including Syrian Kurds.

The United States has helped both sides build these relationships by supporting the SDF and cementing a multi-ethnic military alliance. It should work to bring the AANES and Arab states together to help consolidate the gains of the campaign against ISIS and bring Syria’s conflicts to an end by encouraging both sides to engage in dialogue.

Kurdish-Arab cooperation has secured North and East Syria and ensured the defeat of ISIS. This success story should be promoted and supported before Erdogan and Assad can undermine it—as both have tried to do. 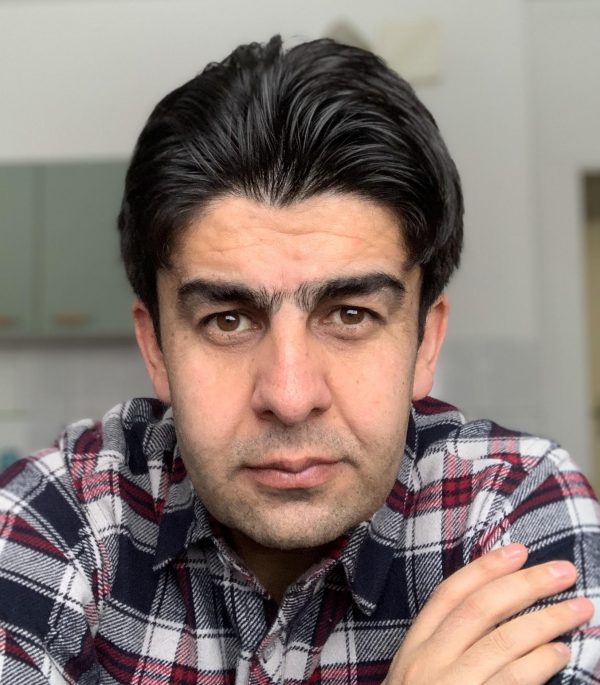 Kamal Chomani, a former non-resident fellow at the Tahrir Institute for Middle East Policy, co-founder of the Kurdistan Times, and a journalist. He is currently based in Germany, doing a master program at Willy Brandt School of Public Policy …