Last year, Turkish authorities announced the completion of a border wall in the Chaldiran district of the eastern province of Van, part of an effort to wall off the entire Turkey-Iran border. Turkey’s stated reason for wall construction is the need to prevent smuggling and irregular migration. But in the collective psyche of Kurds, Chaldiran symbolizes the first formal separation of the Kurdish people, between the Ottoman and Safavid empires in the 16th century.

This is not the only border wall to have gone up in the region in recent years. Turkey has also built a wall along its southern border with Syria, which, at more than 700 kilometers in length, is said to be the third-longest wall in the world. The Iraqi government has built a similar border wall in the Sinjar region in the country’s northwest, blocking the route that Syrian Kurdish fighters used to join the fight against ISIS and evacuate Yezidi civilians in 2014.

State motivations for wall construction vary. Prominent concerns include counter-terrorism and efforts to crack down on smuggling and migration. But one key similarity between all three walls is the fact that the people they are dividing are overwhelmingly Kurdish.

Even if these walls are not constructed exclusively because of the Kurdish presence in these regions, the demographic reality is a major factor. Much of the “terrorist” activity that the relevant states states hope to counter is cross-border movement by armed Kurdish groups. Kurds have also engaged in trade in this geographic region for centuries, and cross-border smuggling continues today both as a source of income in impoverished Kurdish regions and an act of defiance against central states.

As wall construction hardens official borders in Kurdish regions, states are also drawing new de-facto boundaries. Turkey now controls wide swaths of territory in Iraq and Syria, for example, extending its military presence far south of its walled border. These dynamics are not necessarily incompatible: both relate to a securitized approach to the Kurdish issue. By building walls on its borders, Turkey can promote its resurgent sovereignty and assert its ability to manage conflicts. By expanding into what it views as lost territory, it can promote imperial revanchism.

Taken together, these developments could be seen as a sort of Sykes-Picot 2.0 in the making. But unlike previous divisions of Kurdish regions by empires and states, they are occurring in a time period of abundant virtual connections—a dynamic with very different implications for Kurdish aspirations. What, then, does border wall construction mean for Kurds in the age of hyperconnectivity?

To understand the gap between the physical reality of Kurdish division and the collective Kurdish imagination of Kurdistan, one can start with a general worldview model that sees the natural world as a dual world: one that encompasses both the physical and the abstract. Importantly, the abstract or perceived world is at least as important as the physical world in this model.

The physical reality of the regions where Kurds live is asymmetric: it is tilted in favor of states and central governments. The process of border wall construction is an example of this asymmetry. As Evelyne Ritaine observes, this is true ‘because of the power to decide upon the separation, which is monopolized by the most powerful party, while the other becomes de facto separated’. This asymmetry is also reflected in terms of territorial control and political influence: today, Kurdish groups are physically on the defensive across the region, and central governments are relatively more powerful.

At the same time, however, Kurds are making major gains in the abstract world. The collective imagination of Kurdistan is more solidified today than it has ever been before. The level of international recognition of Kurds as a major ethnic group in the Middle East is also unprecedented. For a nation, the abstract world is even more important than the physical world. As Ibn Khaldun said: “Throughout history, many nations have suffered a physical defeat, but that has never marked the end of a nation. But when a nation has become the victim of a psychological defeat, then that marks the end of a nation.”

Hyperconnectivity, New Power, and the Kurds

Even more important for these developments is the rise of hyperconnectivity and hyperreality. A new form of power is emerging that can potentially favor the disenfranchised and marginalized masses. The New Power, as Jeremy Heimans and Henry Timms explain in their groundbreaking book, New Power: How Power Works in Our Hyperconnected World, is decentralized, participatory, peer-to-peer and radically transparent. Old Power, by contrast, is highly centralized, elitist and opaque.

The authors predict that New Power will dominate in the 21st century. This is already taking shape through developments like decentralized internet: Web3 and Web5, decentralized finance, the metaverse, and more. In contrast, such exercises as border wall building are part of the Old Power paradigm: governments may see it as the practice of ‘conflict infrastructures’ or ‘resurgent sovereignty’.

Hyperconnectivity favors the abstract world— the same world in which Kurds have a more realistic chance of cementing their political position in the near future. Ironically, despite the unprecedented physical separation of Kurdish regions by walled and securitized borders, Kurds today are more connected than ever. On online platforms like Twitter and Clubhouse, Kurds from Turkey, Iran, Iraq and Syria regularly engage in conversations about a variety of topics in a historically unprecedented manner.

New technological trends suggest that a hyperreality, or ‘a simulation of reality that is indistinguishable from the real world — to the point where the distinction fades away’ is also taking shape. This is characterized by the metaverse, which aims to recreate the physical world virtually, but is powered by real users. Some observers predict that this new hyperreality will ‘herald a future where real and virtual worlds collide.’

This has implications for oppressed peoples facing political and military obstacles in the physical world, like Kurds. A borderless Kurdistan could, at some point, exist in the metaverse—and for some, it could be as real as the physical world is. This would be a new way of preserving and developing political and social ideas— and as long as an idea is alive, it can always be implemented in physical reality when the opportunity arises.

As discussed above, the dual world model— physical and abstract or material and spiritual—makes the possibility of killing a nation exceptionally difficult, particularly in the era of hyperconnectivity and hyperreality. Increased border wall construction will be less able to damage Kurdish aspirations because of these changes, despite the intentions of states.

Moreover, for the Middle East to prosper, increased regional connectivity is a necessity. The Kurdish issue is a major driver of instability in the Middle East, and Kurds already live in the border regions of four important states. Abandoning conflict strategies and empowering Kurds to build on their existing connections within their respective countries could be a significant step towards regional economic connectivity that tears down the walls and paves the way for a EU-like regional alliance. This could be a win-win scenario for all sides. 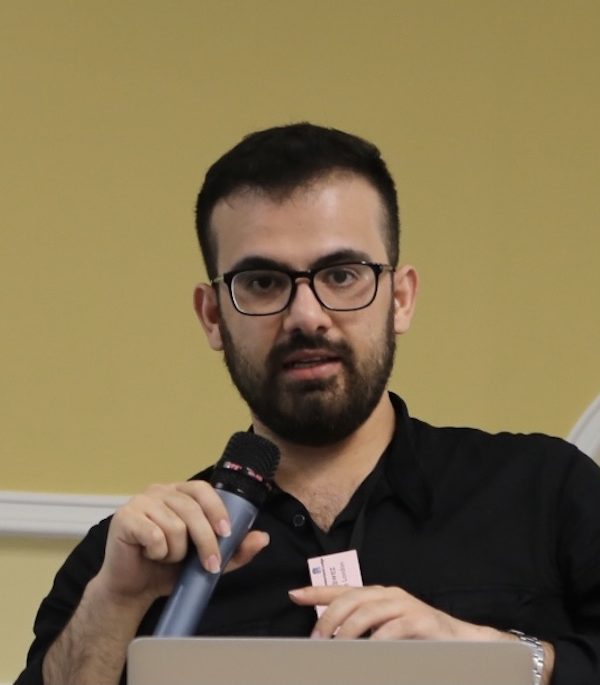 Abdulla Hawez is a London-based researcher focused on Kurdish regional politics in Syria, Iraq, and Turkey. Hawez has worked as a journalist before with several media outlets including BBC World Service and The Daily Beast. Hawez is also a fo…